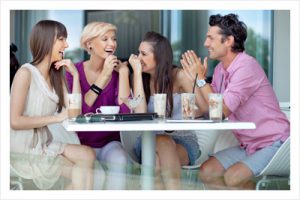 When one looks at the bigger picture, it’s only logical to have the CBD of the Western Cape in the Northern Suburbs.

Most importantly it’s a question of “the end of the road” vs “the middle of the roads”. As the tip of the peninsula gets more and more difficult to access because of increased traffic loads, it makes perfect sense to consolidate a new metropolitan node in the middle of the fastest growing and best-serviced real estate in the Western Cape.

Not only is Cape Town CBD difficult and expensive to access, but also property prices have been driven so high by limited supply that home ownership or retail ventures for most have become prohibitive. On top of that, Cape Town CBD is under increasing strain in terms of infrastructure, service delivery and crime encroachment.

Tygervalley already has thriving residential, corporate and retail components, and it has been attracting some of the largest, most dynamic property investments in the province.

In the words of one journalist, “It’s Sandton in Cape Town, but without the drawbacks of rude drivers, incessant crime and billboard overload”.

Besides its status as the de facto retail and service hub of the region, Tygervalley already boasts a number of impressive corporate headquarters, and large, thriving residential estates.

Moreover, it’s easy proximity and access to the N1 means that not only is Cape Town 20 minutes away, but nearby Stellenbosch, Paarl and Franschhoek are at least 20 minutes closer.